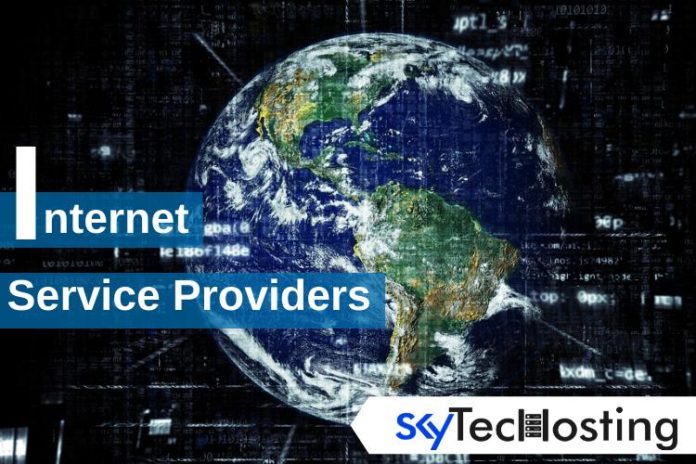 The internet has revolutionized our world ever since it was started by the IVY League under the name of ARPANET. It was intended for military and research procedures, but with the introduction of the World Wide Web it became available to households as well. In the 21st century, companies called ISPs or Internet Service Providers are in charge of granting internet access to individuals and corporations. This makes them some of the most powerful and important service providers in the world.

The first ISP started out in the year 1990 and was called The World. This ISP came up to allow those employed at home to accomplish tasks and communicate with their colleagues. Eventually other ISPs started opening in various parts of the world and the cost of the internet kept going down. This progression played a major role in the wide acceptance of the internet.

The main purpose of the internet is to send and receive information in the form of small structures called packets. ISPs accomplish this in a variety of ways and are able to provide their clients with a form of internet connectivity that suits them. This can range from old-school dial-up connections to portable hotspot routers.

The device the ISP provides you encrypts your information and breaks it into packets. These packets are then translated into electromagnetic waves and are attached onto a carrier wave for transport. All packets carry an address of their destination called the IP address. Once all the packets arrive at the targeted IP address, they are converted into byte codes and assembled together to display the required information. Many ISPs in the modern era provide connectivity via WIFI only and these are also called WIFI Service Providers.

The above process may sound complicated, but is completed in a matter of seconds and is used whenever you text, post on social media, watch a video, etc. Most ISPs give clients an option to opt for a personalized email address in order to communicate with others, but many prefer making their own email address. Some ISPs may also offer other services such as a landline telephone or television connection.

The television connection service is usually not provided by most ISPs due to the high competition in the field. The high competition in the field of providing internet has recently skyrocketed in India and has forced some of the largest internet providers to lower their prices to stay ahead in the competition. This has helped make the internet cheap enough for almost anyone with a smartphone to be able to afford it. Internet availability is expected to rise even more with 5G networks being tested out in various parts of the world.

The way ISPs provide internet can vary, and depends on the level of the ISP. Most ISPs get internet access from other ISPs and provide it to their clients. This process repeats itself until the Tier 1 ISPS. These Tier 1 companies have a network system that can connect to all other networks on Earth without getting access from another ISP.

Finding these high tier ISPs is difficult since their settlements and agreements are not made available to the public. All the ISPs use points of presence or PoPs to grant users access to high-speed internet. A PoP comprises of a physical server, and automatic monitoring. This makes it an access point to the internet for a particular region. The internet functions by linking various ISPs and their PoPs with each other and upstream ISPs creating a spiderweb like network.

Even though not all ISPs function in the same manner, there are some features which are common amongst most of them as these help in clearly defining an ISP. These also help determine the quality of the ISP and help in identifying the best ones in a region. You can find out about the features your ISP by looking up “Internet Service Providers in my area” on Google. Most ISPs list their services and connectivity strength on their websites.

Some of the best ISPs provide free access to dialing local and some other numbers marked under free access. This helps save money as you will not have to pay the phone bill as well as the dial-up service.

Instead, even if you call any of the listed free access numbers, you should be charged the standard internet fee only. Most WIFI companies offer packages of this sort when you purchase the router and landline connection from them.

The price of the internet service is one of the most important featured that can define the success of the ISP. Most ISPs offer various packages to their clients and clients choose on the basis of how much data they need to use in a given duration.

Some ISPs offer unlimited internet which works by giving the user access to high speed internet for a certain bandwidth. After the bandwidth is exhausted, the internet slows down, but the user will still be able to access it. These connections come at unbelievably low prices in the current scenario and are great for people who enjoy streaming and downloading media.

Many internet users can’t or don’t have access to computers and prefer using smartphones instead. Unfortunately, dial-up connections are not compatible with smartphones.

To overcome this, many good ISPs provide portable WIFI hotspots which makes it easy to access the internet from whichever device you may have.

Many people prefer using the internet while they travel. While it is impossible to carry a modem or router and connect to a dial-up connection while traveling, the above-mentioned portable hotspots can solve this problem.

However, some ISPs may not provide roaming services on the portable devices or may charge a higher fee. A good ISP will provide clients with roaming internet at the standard cost of their plan.

Speed is a major factor when it come to choosing a good ISP. In the high competition market of today, ISPs claim to provide speeds of up to 100 Mbps. The sad truth is that speeds are often a lot slower than the claim. A good way to find out the actual speed is to lookup speed test results for your desired ISP.

An internet connection is subject to errors and damage in the same way most technology is. A good ISP provides 24×7 care and support for any such errors.

When choosing an ISP, it is a good idea to use the above features as a reference to ensure you pick the right one. This will help make your internet surfing experience pleasant and free of hassels.